Democracy: thriving, surviving or in peril? Discussion with the Honourable Elizabeth Dowdeswell, Lieutenant Governor of Ontario

Please join us for a conversation with the Honourable Elizabeth Dowdeswell, Lieutenant Governor of Ontario. 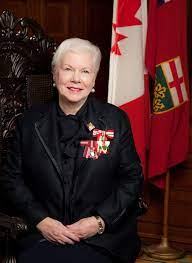 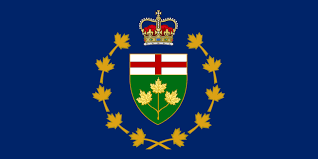 Democracy, civil society and the public good dominate the news: are they thriving or under threat. See recent article in the Globe and Mail. This is a unique opportunity for us to discuss what is needed today to safeguard democratic values and institutions and an extraordinary occasion to reflect with Ontario's LG on the future of democracy and civil society.
Please let us know if you would like to bring a student as a guest!
This special event includes:

10:20 am - meet at Queen's Park
11:00 am presentation by Her Hon LG Dowdeswell and discussion with participants
Location: Office of the Lieutenant Governor
Queen’s Park
12:15 pm – adjourn
Lunch - CANCELLED
You must be registered in advance. No walk-ins permitted due to security.

The Honourable Elizabeth Dowdeswell is the 29th Lieutenant Governor of Ontario. As the representative of His Majesty The King, Ms. Dowdeswell carries out constitutional and ceremonial duties and facilitates healthy citizen and community engagement.

Ms. Dowdeswell has served the public interest at all orders of government and in the private sector. She contributed globally as Under-Secretary-General of the United Nations and Executive Director of the United Nations Environment Programme. In Canada her diverse portfolios ranged from education and culture to environment and the management of complex public enquiries. She was the founding president and CEO of the Nuclear Waste Management Organization, and later the president and CEO of the Council of Canadian Academies. She has served on the boards of Canadian and international corporate and non-profit organizations.

Since taking office in late 2014, Ms. Dowdeswell has challenged Ontarians to think deeply about their role not just as residents of a province, but as global citizens. Building resilience and sustainability through inclusive economic prosperity, environmental stewardship, and social cohesion, as well as safeguarding democracy, has been the focus of her mandate.

Honours Ms. Dowdeswell has received include: