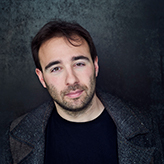 The People vs. Democracy: Why Our Freedom Is In Danger & How To Save It

The world is in turmoil. From Russia, Turkey, and Egypt to the United States, authoritarian populists have seized power. As a result, democracy itself may now be at risk. Two core components of liberal democracy - individual rights and the popular will - are increasingly at war with each other. As the role of money in politics soared and important issues were taken out of public contestation, a system of "rights without democracy" took hold. Populists who rail against this say they want to return power to the people. But in practice they create something just as bad; a system of "democracy without rights."

Yascha Mounk is a writer, academic, and public speaker known for his work on the rise of populism and the crisis of liberal democracy. Born in Germany to Polish parents, Yascha received his BA in History from Trinity College, Cambridge, and his PhD in Government from Harvard University. He is now a Lecturer on Government at Harvard University, a Senior Fellow in the Political Reform Program at New America, and Executive Director at the Tony Blair Institute for Global Change. Yascha has written three books: Stranger in My Own Country - A Jewish Family in Modern Germany, a memoir about Germany's fraught attempts to deal with its past; The Age of Responsibility - Luck, Choice and the Welfare State, which argues that a growing obsession with the concept of individual responsibility has transformed western welfare states; and The People vs. Democracy - Why Our Freedom Is In Danger & How To Save It, which explains the causes of the populist rise and investigates how to renew liberal democracy.