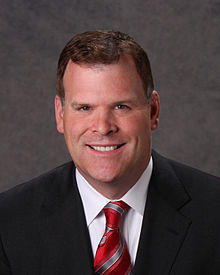 This is a special invitation to members of the Harvard Club of Toronto. Join the HBS Club of Toronto’s Distinguished Leadership Series for an exclusive event with the Honourable John Baird, Canada’s 10th Minister of Foreign Affairs. In a unique, fireside conversation setting, Mr. Baird will share his views on Canadian Foreign Policy in a rapidly changing world and its impact on business competitiveness.  6:00 PM Registration and Refreshments  7:00 PM Fireside Chat with the Honourable John Baird and Colin Lynch (MBA ’11) 8:00-9:00 PM Networking with fellow HBS members Cost: $50 Click HERE to register.
About: John Baird, former Senior Cabinet Minister in the Government of Canada was an instrumental figure in bilateral trade and investment relationships. Mr. Baird has played a leading role in the Canada-China dialogue and worked to build ties with ASEAN countries. In addition, Mr. Baird has worked closely with international leaders to strengthen security and economic ties with the United States and Middle Eastern countries. A native of Ottawa, Baird spent three terms as a Member of Parliament and four years as Foreign Minister. He also served as President of the Treasury Board, Minister of the Environment, Minister of Transport and Infrastructure, and Leader of the Government in the House of Commons. Prior to entering federal politics, Mr. Baird spent ten years in the Ontario Legislature where he served as Minister of Community and Social Services, Minister of Energy, and Government House Leader. Click HERE to register.