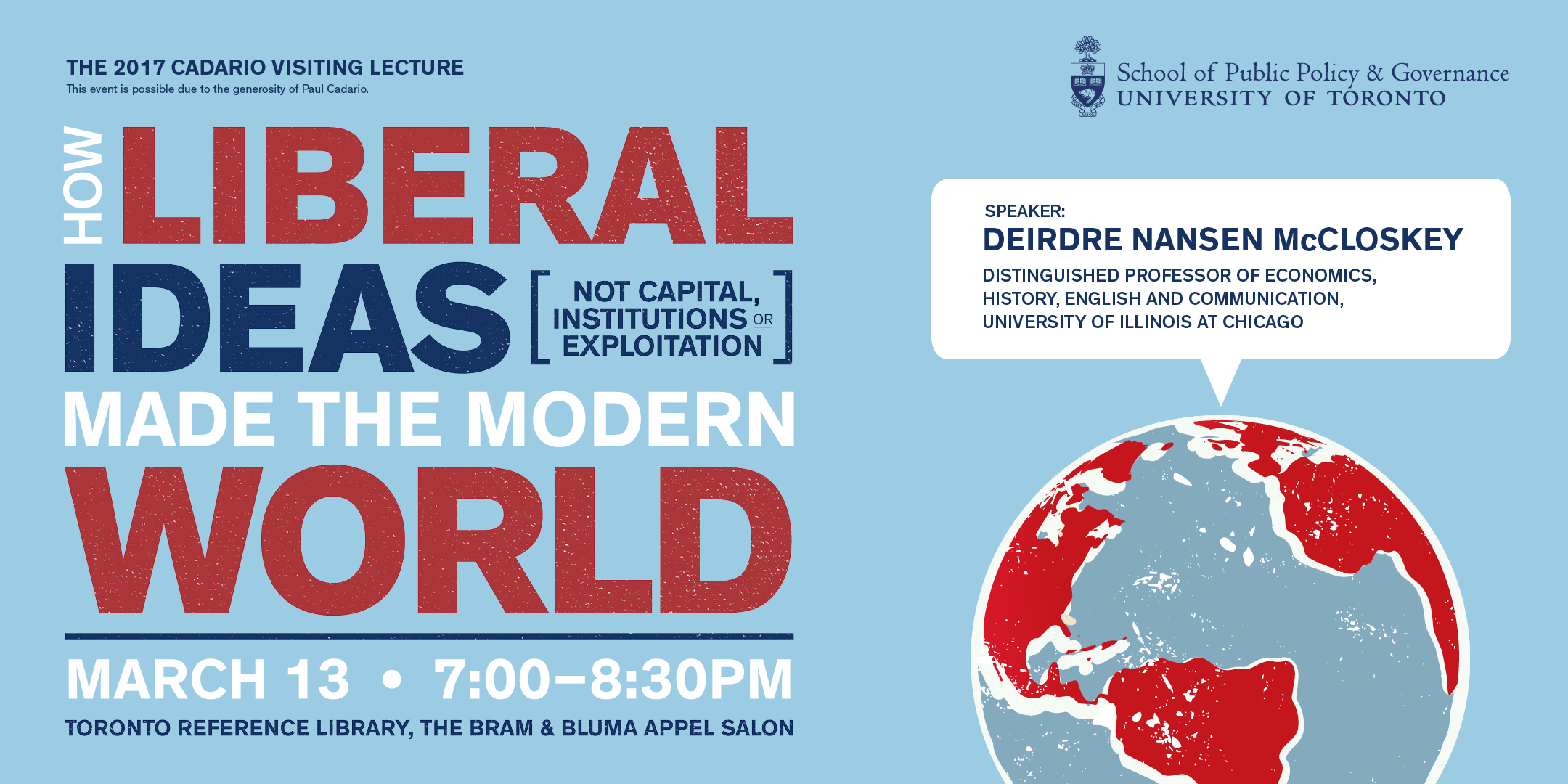 Cardario Lecture: How Liberal Ideas [Not Capital, Institutions, or Exploitation] Made the Modern World

Harvard Club of Toronto Members are invited to the 2017 Cadario Lecture featuring the distinguished Professor Deirdre McCloskey, who received undergraduate and graduate degrees at Harvard. The talk is entitled "How Liberal Ideas, Not Capital or Institutions or Exploitation, Made the Modern World".

Professor McCloskey will present a forceful challenge to materialist and neo-institutionalist hypotheses about economic growth, arguing that they do not explain how the world got from $3 a day to $33 or $100 a day. "The liberal plan of equality, liberty, and justice," as Adam Smith put it, which by a happy accident emerged in Europe in the 18th century, does. It inspirited masses of ordinary people to have a go. "I contain multitudes," sang the democratic poet. And he did, to our good.

Deirdre N. McCloskey has been since 2000 UIC Distinguished Professor of Economics, History, English, and Communication at the University of Illinois at Chicago. Trained at Harvard as an economist, she has written fifteen books and edited seven more, and has published some three hundred and sixty articles on economic theory, economic history, philosophy, rhetoric, feminism, ethics, and law. She taught for twelve years in Economics at the University of Chicago.

Admission is free by registration and open to the public. More information and tickets are available here: https://www.eventbrite.ca/e/2017-cadario-visiting-faculty-lecture-featuring-deirdre-mccloskey-tickets-31333323815

This event is possible because of the generous support of Paul Cadario, SPPG Advisory Board member and Senior Fellow at U of T.