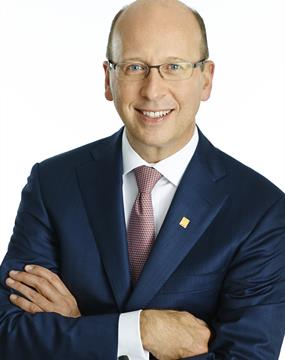 Members of the Harvard Club of Toronto are invited to join this special event with Victor Dodig, President and CEO of CIBC, and graduate from Harvard Business School.

With 2016 behind us, Victor Dodig will reflect on where Canada finds itself in 2017. In his speech he will explore how supporting trade and innovation will help increase productivity and maximize growth in Canada’s current economic climate.

Victor Dodig was named President and CEO of the CIBC group of companies in September 2014, following his appointment as Group Head of Wealth Management in 2011.

Under his tenure, Victor has helped usher in a new era for the bank, positioning CIBC as a strong, innovative, and relationship-oriented financial institution with a Return on Equity among the highest of its peers globally. Victor brings more than 20 years of extensive business and banking experience, having also led several businesses with UBS and Merrill Lynch in Canada and internationally. He was also a management consultant with McKinsey & Company.

In addition to CIBC, Victor also serves on the board of the C.D. Howe Institute and the ROM Board of Governors, and is founding Chair of the 30% Club Canada.

An alumnus of St. Michael’s College at the University of Toronto and a Harvard Business School graduate, Victor is a past recipient of Canada’s Top 40 Under 40TM award. He resides in Toronto with his wife Maureen and their four teenage children.