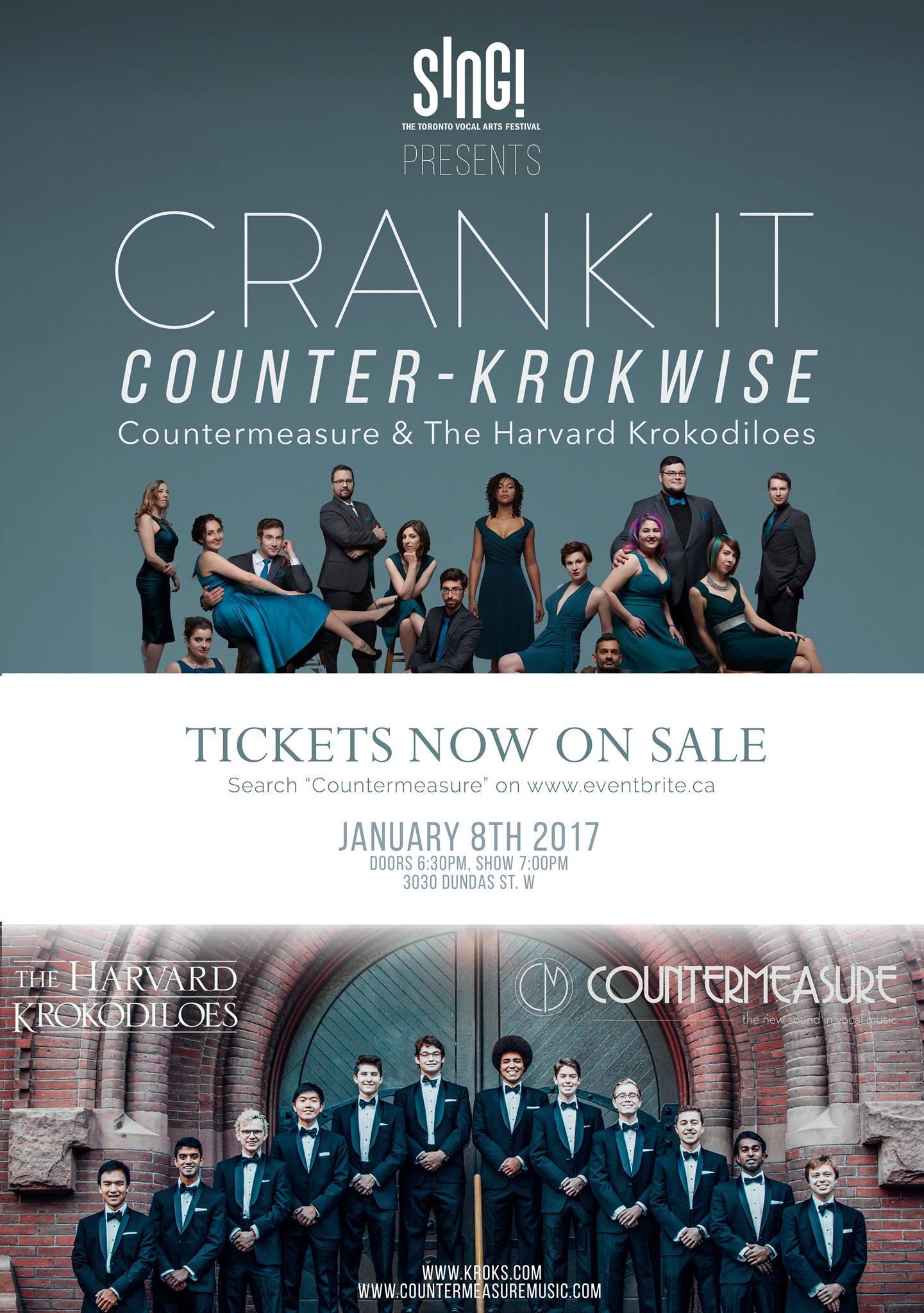 The Harvard Krokodiloes in Toronto

From Cambridge to Cape Town to Carnegie Hall, the Harvard Krokodiloes have delighted audiences worldwide with their unique blend of a cappella harmony and humor. Founded back in 1946 at the historic Hasty Pudding Club, The Krokodiloes are Harvard University’s oldest a cappella singing group, now performing for audiences all over the Greater Boston area, the United States, and the world. Having derived their name from the ancient Greek word for crocodile, the group now consists of twelve tuxedo-clad male undergraduates, singing music from the Great American Songbook and beyond.

And $20 for General Admission.

We hope to see you there!